A comprehensive travel management solution for your business to save time & money at every step - from reservations & management to reporting & reconciliation.

5 trends from CES that could shape travel in 2022 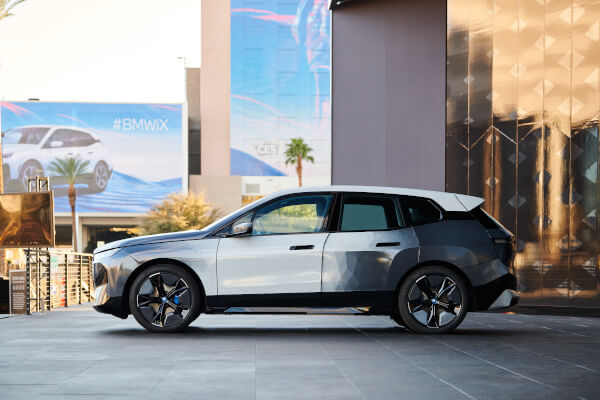 Consumer Electronics Show (CES), Consumer Technology Association’s annual trade show, highlights exciting new technology and innovations that are predicted to shape the upcoming year. Some of the world’s largest and most influential brands from every aspect of the technology sector attend CES to do business and showcase new products.

This week, we’re highlighting some of the technology presented at the conference that we predict will shape travel in 2022. Here are 5 of the trends and innovations.

You could see autonomous vehicles on the road in just a few years. Self-driving vehicles, including cars and race cars, were all over the agenda at CES. The CEO of General Motors (GM), Mary Barra, announced GM’s concept for a self-driving car, which the company could launch by 2025. A fleet of self-driving race cars also drove around a track during the conference in a race organized by the Indy Autonomous Challenge.

Pete Buttigieg, the United States’ secretary of transportation, spoke virtually at the conference and voiced the importance of technology in transportation. New developments could include hyperloops to travel more quickly between cities, drone technology that delivers goods, and implementing smart technology in urban areas to reduce emissions and increase safety.

The recent passing of the Bipartisan Infrastructure Deal will help fund developments in transportation, Buttigieg said, including helping more Americans purchase electric vehicles and save money on gas.

“Going green” isn’t a new concept, but companies showed their commitment to the environment by continuing to introduce electric cars at CES this year. Automakers including Chrysler, GM, Hyundai Motors, and BMW made new electric vehicle announcements during the conference (along with color changing paint from BMW). This focus from so many influential automakers could demonstrate a shift in the entire transportation industry to more environmentally-friendly travel options.

The technology also has driver-monitoring features to detect drowsiness, impairment and distraction.

5. Travel partners are here to stay

Even with these new developments in technology, leaders in the travel industry still believe that real people will continue to play a huge role in travel. Stephanie Linnartz, president of Marriott International, said at CES that human beings will be at the core of great travel experiences, enabled by technology and driven by data. Travel advisors continue to play an important part in customer experience, Linnartz said.